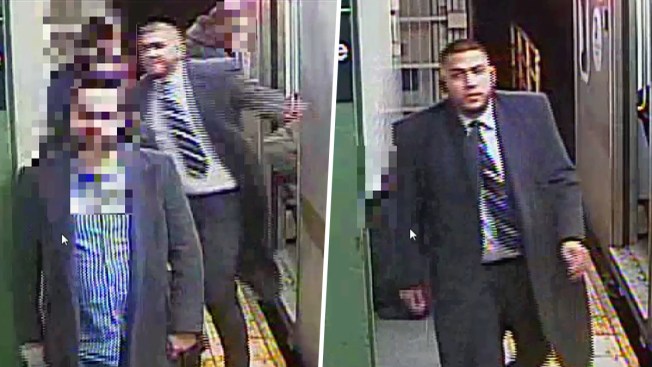 Man in Suit Beats Down on Stranger in Times Square Subway Station: NYPD

The NYPD is looking for a well-dressed man caught on camera pummeling a stranger on a subway platform in Times Square last week. Surveillance footage from inside the Times Square subway station Tuesday evening shows the man in a suit, tie and overcoat winding up and throwing a haymaker at a fellow straphanger as he got off the train. The man punches the straphanger several times -- even getting passed by fellow commuters who do not stop to help -- until the victim is crumpled on the ground. The man then walks off. According to authorities, the suspect asked his victim why he was staring at him on the train before the attack. Source