Girl, 11, saved after 'grandfather posed as a policeman and kidnapped her for five days aiming to extort ransom - or kill her with crossbow and dismember her if plan went wrong'

A massive door to door search by police and volunteers saved a terrified 11-year-old girl from being killed with a crossbow then dismembered by a twisted grandfather who kidnapped her, Russian police said. Sergey Vikhlyantsev, 59, posed as a policeman with a fake ID and told Anya Vypretskaya she was under arrest after snaring her as she walked to school. He handcuffed her and bundled her into his car before taking her to his flat where he bound her with rope and covered her mouth with sticky tape. The retired shop loader's evil plan was to take her to Moscow from her city of Kamyshin, near Volgograd, and demand a ransom from the girl's wealthy parents. But police say after interrogating him that his back-up scheme if things went wrong was to kill her with his crossbow and chop up her body with a hatchet - both weapons were found in his flat. Volunteer searches for Anya got underway and 1,340 police flooded onto the streets to search every home in the 120,000 population city. Posters were issued saying she looked more like 13 or 14. Source 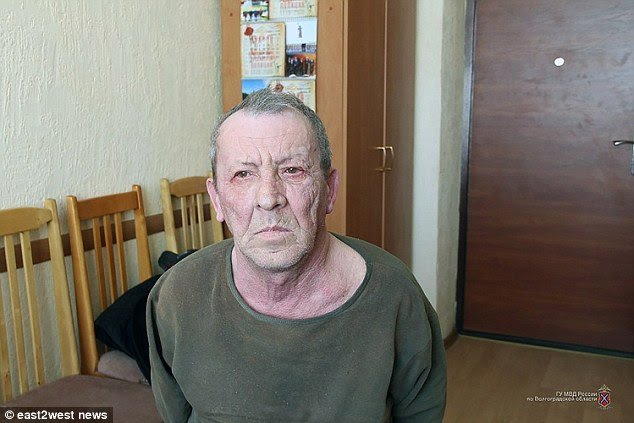