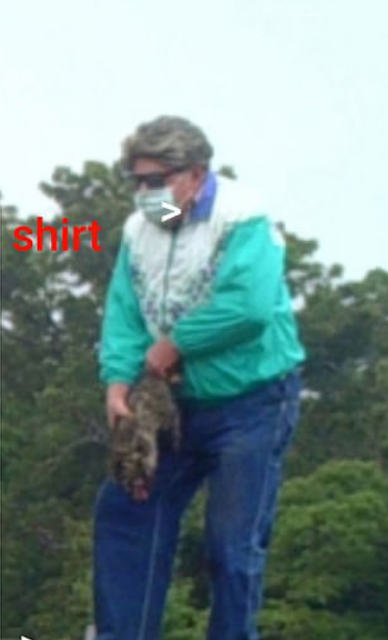 Arkansas farmer, 79, pleads guilty to dumping bloody animal corpses on neighbor's grave while disguised as a woman in a wig, coat and sunglasses
An Arkansas farmer, 79, has been given a one-year suspended sentence after being caught on camera dumping bloody animal corpses on his neighbor's grave while dressed in a woman's wig, coat and sunglasses. Joseph Stroud pleaded guilty Monday to a misdemeanor for repeatedly placing dead animals on Fred McKinney's gravestone in the Pea Ridge Cemetery, Bentonville. Stroud was first arrested back in August when he was spotted on surveillance camera sneaking into the cemetery in a grey wig, dark sunglasses and teal and white women's windbreaker jacket and leaving animals including dead possums on the grave. McKinney lived on a neighboring farm to Stroud until his death aged 94 in August 2015 and, according to McKinney's granddaughter, the two men 'never got along with each other.' Stroud, who has been diagnosed with vascular dementia, told the court he left the animal carcasses on the gravestone as a tribute because McKinney 'enjoyed animals.' Source