Will Not Stop Next Plague To Hit America: Congress Holds Candlelight Vigil And Moment Of Silence For 500,000 COVID Victims 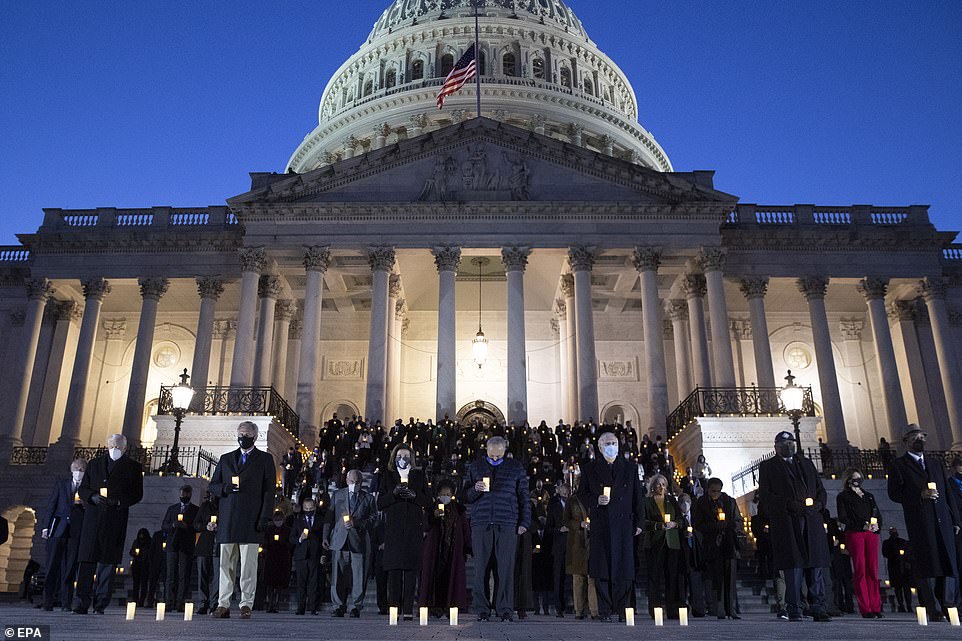 Woe to the inhabitants of the earth! There will be bloody wars and famines, plagues and infectious diseases. Our Lady of La Salette 19 Sept. 1846 (Published by Mélanie 1879)

Just like prayer vigils don't stop Muslim Terrorist attacks This Prayer vigil is not going to stop the next devastating plagues.
Not to mention the fact that all these prayer warriors are godless souls who help to abort millions of babies....
Who are they trying to fool?
Congress holds candlelight vigil and moment of silence for 500,000 COVID victims as delays in reporting caused by Texas storm sees daily deaths nearly double to 2,196 while hospitalizations fall

Congress on Tuesday held a candlelight vigil for the more than 500,000 Americans who lost their lives during the COVID-19 pandemic as daily deaths nearly double while hospitalizations continue to fall. Images from the vigil show House Speaker Nancy Pelosi standing alongside Senate Majority Leader Chuck Schumer and Senate Minority Leader Mitch McConnell. Several members of Congress were seen standing behind them on the stairs of the US Capitol. All of the politicians were seen holding candles as they observed a moment of silence to honor the 502,594 Americans who died from COVID-19 since the pandemic hit the US last year. On Tuesday, the daily death toll climbed higher than the day before when the U.S. recorded an additional 2,196 fatalities, according to the COVID Tracking Project. The increase in deaths could be attributed to delays in reporting in Texas due to the recent storm. The number of new daily cases rose slightly to 67,879. Meanwhile, hospitalizations have continued to decrease, according to data from the COVID Tracking Project. On Tuesday, the US reported 55,058 hospitalizations. However, the COVID Tracking Project noted that hospitalizations are falling at a slower pace than in recent days. Congress is currently working on a $1.9trillion COVID-19 economic relief plan, which is being proposed by a thin Democratic majority in the House and Senate.  Souls

"I protest highly against a different text, which people may dare publish after my death. I protest once more against the very false statements of all those who dare say and write First that I embroidered the Secret; second, against those who state that the Queen Mother did not say to transmit the Secret to all her people." Mélanie
at February 24, 2021