Biden and Jen Psaki are branded hypocrites after their old tweets slamming Trump's Middle East air strikes resurface following US bombing raid on Syria that 'killed 22'
Joe Biden and his press chief have been accused of hypocrisy after old tweets slamming the Trump administration's Middle East air strikes resurfaced following last night's bombing raid on Syria. The US dropped seven 500-pound precision-guided bombs in a Biden-directed bombardment that reportedly killed 22 Iran-backed militants smuggling weapons at a border crossing with Iraq. That ferocity has drawn accusations of double standards because Biden previously referred to Donald Trump as 'erratic' and 'impulsive' for threatening to bomb Iran, while press secretary Jen Psaki questioned the legality of attacking Syria. Source 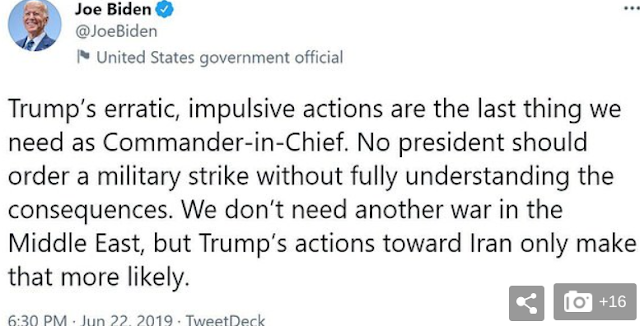