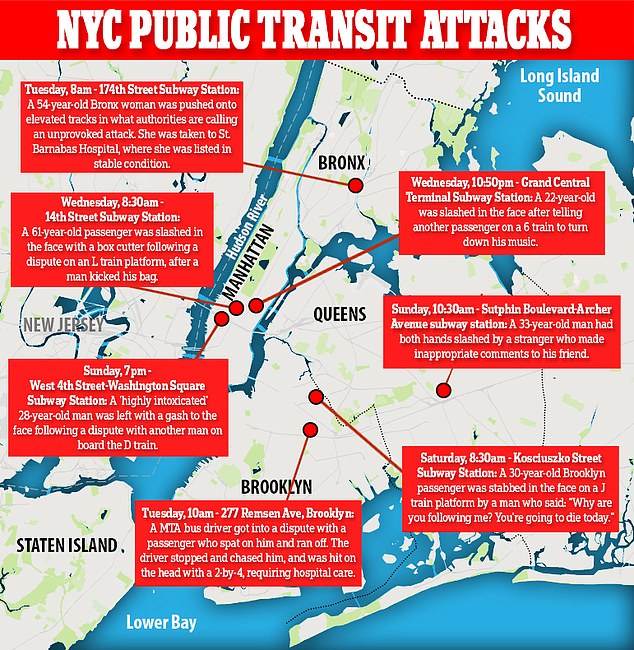 Bronx woman tells of her terror at being shoved into the path of an oncoming train as New York City sees five subway slashings and a bus driver assault in a week
A Bronx woman was shoved onto the subway tracks by a stranger on Tuesday morning in a terrifying attack, amid a frightening surge of violence on New York City's public transport system. Five people have been slashed with blades in just the past week, and two - including Rosa Galeas, 54, were attacked while traveling. Galeas, who works as a house cleaner, was on her way to work and had just got off the subway shortly before 8am when she was accosted, she told The New York Post. A woman wearing bright yellow pants and a short jacket unexpectedly came up behind her, and pushed her once. Galeas kept her balance, but then the woman shoved her a second time, sending her falling onto the tracks. 'She didn't say anything,' Galeas said. 'She just pushed me.' Source
at February 10, 2021