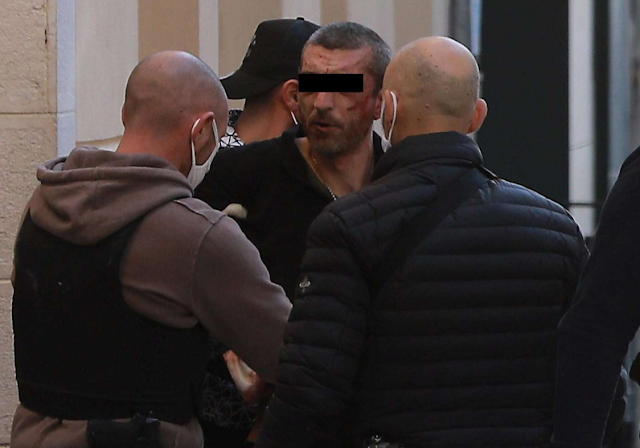 Man arrested in Toulon after severed head found in cardboard box
A man in France was arrested on Monday afternoon after a severed head was found in a cardboard box that had been thrown out of a window of a flat. Police sources ruled out any terrorism link to the gruesome discovery, which was made in the centre of Toulon, a city in the south of the country. Just after 2.30 pm, passers-by saw a cardboard box fall from a window in an area close to the harbour, a spokeswoman for the police told AFP news agency. A team of police officers quickly arrived, spotting a man at a window with blood on his hands. He barricaded himself in his flat, but was then arrested after police broke down his door. No officers were injured in the operation, and the man was arrested unharmed. "There is no evidence to link this act to a terrorist event," the local prosecutors' office told AFP. Source
at February 01, 2021