LONDON: MUSLIM Umar Haque Found Guilty Of Training Army Of More Than 100 MUSLIM Pupils As Young As 11 To Unleash Car And Knife Attacks On Big Ben, Heathrow And Westfield 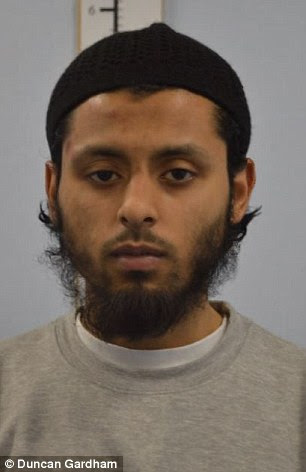 ISIS-obsessed religious teacher is found guilty of training 'army' of more than 100 pupils as young as 11 to unleash car and knife attacks on Big Ben, Heathrow and Westfield

An ISIS-obsessed teacher used an Islamic madrasa school to train an 'army' of jihadi children who he hoped would unleash carnage on the streets of London. Umar Haque showed beheading videos to children as young as 11 and made them reenact the Westminster terror attack in which a policeman was stabbed to death. The 25-year-old wanted to train youngsters to drive cars 'like Mujahideen' before arming them with weapons to carry out atrocities at 30 targets around London, including Big Ben, Heathrow Airport and Westfield shopping centre. Source