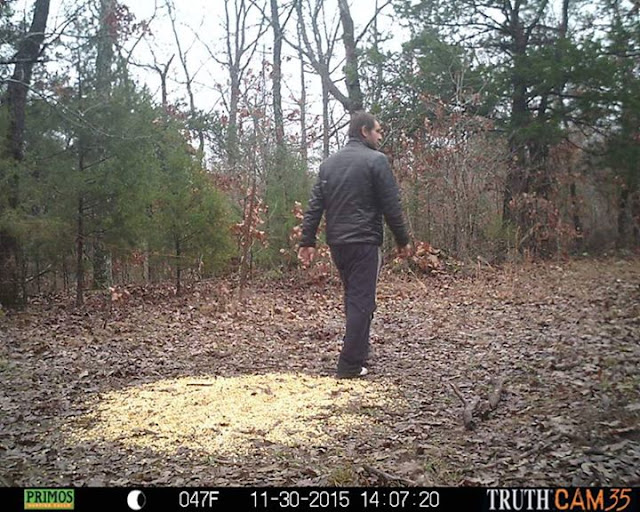 Another Bulk Cell Phone Purchase Reported in Ava
AVA, Mo. -- According to the City of Ava's Facebook page, their police department received a call early Saturday morning regarding a man purchasing a large amount of phones at Walmart. The original police report was for a Middle Eastern man who purchased cell phones, then left his phone in the restroom. Officers responded and secured the phone. While the officers were on scene, the man returned to get his phone. They spoke with the man, asked for identification, and decided they had no legal reason to detain him. Officers contacted the Missouri Highway Patrol Intelligence Unit to advise them of the situation. Read More>>>

At least 4 reported incidents of suspicious phone purchases across Missouri
COLUMBIA, Mo. - Authorities in at least four Missouri cities have gotten reports of suspicious phone purchases at Wal-Mart stores. BC 17 News confirmed Thursday someone tried to buy a suspicious number of phones at Wal-Mart East in Jefferson City over the weekend. The latest report is in addition to three other reports of similar incidents in Columbia, Macon and Lebanon. Authorities in all four cities said they had contacted FBI agents. However, The FBI only confirmed it is investigating three of those reports. On Thursday, a television station in Cape Girardeau reported that the FBI was investigating more suspicious phone purchases in Cape Girardeau and Jackson. ABC 17 News reached out to the police departments in both cities to confirm these reports and has not heard back. Read More>>>>>

FBI notified after large number of phones purchased at six Missouri Walmarts
COLUMBIA, Mo. (KRCG) — The FBI has been notified of several cases of suspicious purchases of large numbers of cell phones in Missouri. Authorities have received reports of at least six instances in which people purchased large numbers of prepaid phones at Walmart stores in Missouri. Jefferson City Police confirm that a large number of phones were bought by "three men with accents" at the Walmart on the east end of town over the weekend. The first report of the strange purchase was filed in Lebanon, Mo. Authorities say two men purchased 59 cell phones at the Walmart at about 3:50 a.m. on Saturday. Authorities talked to the men, but since they didn't have a legal reason to detain them, officers allowed them to leave. The Laclede County Sheriff notified the FBI. Two hours north of Lebanon, Columbia Police received the second report on Monday. According to the Columbia Police Department, officers received a report five or more males purchasing multiple prepaid cell phones at about 9:30 p.m. on Friday, December 4. Read More >>>>>

BREAKING: Authorities confirm deputy-involved shooting in Callaway County
JEFFERSON CITY - One person is in serious condition after a deputy-involved shooting in Callaway County Saturday night. Just after 10:20 p.m., deputies were dispatched to a private business east of Jefferson City on Highway 94 for a disturbance with a firearm, according to Lt. Clay Chism with the Callway County Sheriff's Office. Authorities received more information that shots had been fired. Callway County deputies along with Jefferson City police officers and Missouri State Highway Patrol troopers responded to the call. When law enforcement officers arrived, several people were on the property, Chism said. Officers encountered the suspect who was actively armed and the suspect approached the officers in a threatening manner, Chism said. A Callaway County deputy shot the suspect. Emergency crews took the suspect to the hospital in serious condition. The deputy is a sergeant with several years of experience, Chism said. But the deputy's name is not being released at this time. Traffic was shut down on the highway in both directions for more than an hour. The Callaway County Sheriff's Office has asked the Missouri State Highway Patrol to assist with the investigation. The private business has been associated with biker activity the last several months, Chism said. We will continue to follow this story to give you the most up-to-date information. ABC17 Read More>>>>