Anyone Looking Like This Should Never Be Allowed In The US!! Tashfeen Malik & Syed Farook Going Through Customs At O'Hare Airport in Chicago in July 2014 Upon Their Arrival From Saudi Arabia 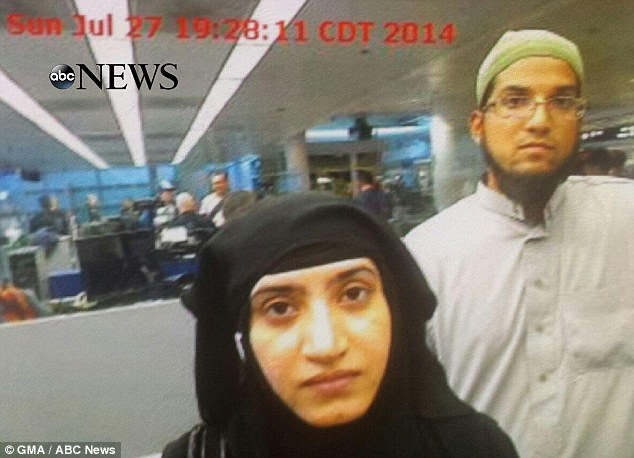 Pipe bombs left at the San Bernardino social services building by a radical Muslim couple who gunned down 14 people last week were set to explode when first responders arrived, investigators said. None of the bombs Syed Farook and Tashfeen Malik left at the Inland Regional Center were detonated in Wednesday’s attack, but the strategy - often seen in the Middle East - has investigators concerned. News of the bombs was revealed after David Bowdich, assistant director of the FBI's Los Angeles office, announced on Monday that Farook and Malik were radicalized and had been 'for some time'. He added the bureau doesn't know when or how they were radicalized. Daily Mail Read More>>>>>