WOW! Imagine That! Muslim Convert & ISIS Executioner Anatoly 'Tolik' Zemlyanka Was A Nationalist & Fascist! I Guess Nationalism & Muslims Are Cut From The Cloth! 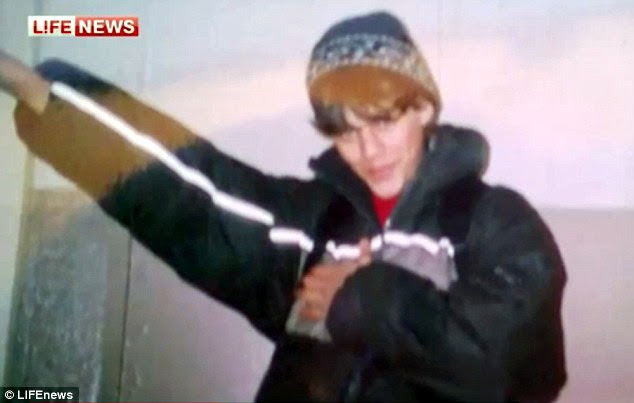 
aahh...the easiest or more susceptible to convert to Islam are the Nationalists. They always to do.

Remember Nationalists are godless. Any Catholic that has Nationalistic tendencies are a danger to themselves and others. Most Catholic Nationalists will convert to Islam as an outlet, simply because weekly confession to a priest and daily mass hinders any violent action as promulgated by Nationalists as a solution to their perceived problems.

Here is a friend on his conversion from Nationalism to Islam:

A female friend of Zemlyanka's said he surprised friends when he converted to Islam. 'At first he didn't change at all, he continued communicating with those who he was friends with earlier,' she said. 'But he got new friends, Muslims, not from university. Perhaps that's how he got interested in religion. 'He started doing namaz ('prayer') but apart from that everything else stayed the same. We tried not talking about religion at all after he converted to Islam. We had different opinions and I didn't want to have conflicts. 'You know, when you went to church for 20 years, wear a cross, celebrate Christmas and Easter, eat pork, it's stupid to start going to a mosque and eat only chicken and lamb. 'I don't know what to say about Tolya (Anatoly).He was a good, kind guy and turned into a sub-human.' Daily Mail Read More>>>>

This guy is not Roman Catholic but Russian Orthodox, now he is a Muslim.

Stay away from Nationalism