Face Of Muslim Minnesota: Muslim Terrorist Mohamed Abdullahi Hassan Should Have Never Been Allowed Into US. 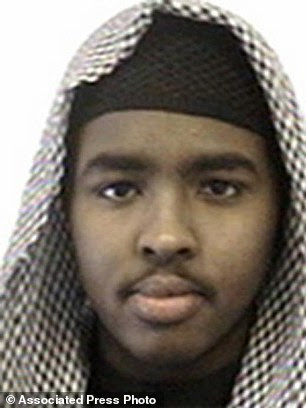 A Minnesota man who joined al-Shabab in Somalia and urged others to carry out violence on behalf of the Islamic State has turned himself in to authorities in Africa. Mohamed Abdullahi Hassan surrendered to Somalia's federal government on November 6, the US State Department said. It is not clear why his arrest wasn't announced earlier. Daily Mail Read More>>>>
Don't know why info wasn't released before? Maybe its because the fools at DHS & the FBI are hiding stuff from the American Public!