Pennsylvanian Distributist Throws Pigs Head At Mosque From Pick Up Truck: Pray Outside A Mosque Or Leave A Severed Pig's Head Outside A Philly Mosque? 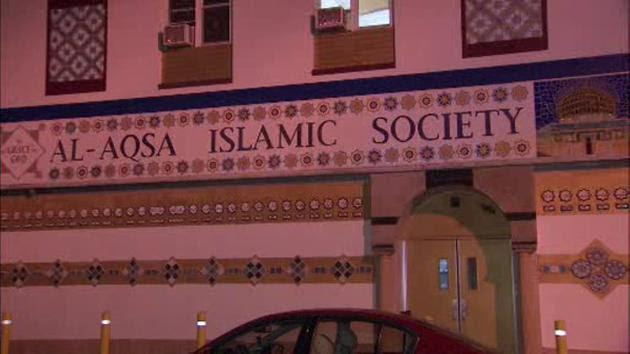 Distributists are a godless bunch. Instead of praying outside a mosque, this pig farming distributist would rather throw a pigs head from his pick up truck under cover of darkness:

SURVEILLANCE VIDEO APPARENTLY SHOWS PIG'S HEAD THROWN OUTSIDE PHILADELPHIA MOSQUE
PHILADELPHIA -- The caretaker at a Philadelphia mosque found a severed pig's head outside on Monday morning, and police were investigating whether someone may have thrown it out a car window. Surveillance footage taken outside the Al Aqsa Islamic Society in the 1500 Germantown Avenue shows a red pickup truck driving by twice. Just before 11:00 p.m. Sunday, the video shows the truck passing by slowly. Then the second time around, footage shows someone in the passenger side tossing what appears to be the severed head of a pig that was found in front of the mosque Monday morning.

Pigs head turns all Muslims in victims of a bomb threat!!


"First of all, it scares the community because they're afraid that, God forbid, the next time it could be a bomb instead of the head of a pig,"


Nabil Khalil, the caretaker of the mosque, said. Khalil says it is the second incident they have seen. A day after the Paris attacks, he tells Action News an anonymous caller left a voicemail that said, in part, "I hope you people are happy about what you did in France." The caller ID captured the caller's phone number from a 610 area code. It has not been determined if the two incidents are connected.

Of course the Muslim prays for the pig head thrower!!


"I said a prayer for the guy. And may God put him on a straight path, because if he was in his right mind, he wouldn't be doing this, because he knows we didn't do it," Khalil said. ABC 6 Read More>>>>

Maybe praying the Rosary or Little Office of the Blessed Virgin Mary in front of a Mosque is the better protest.