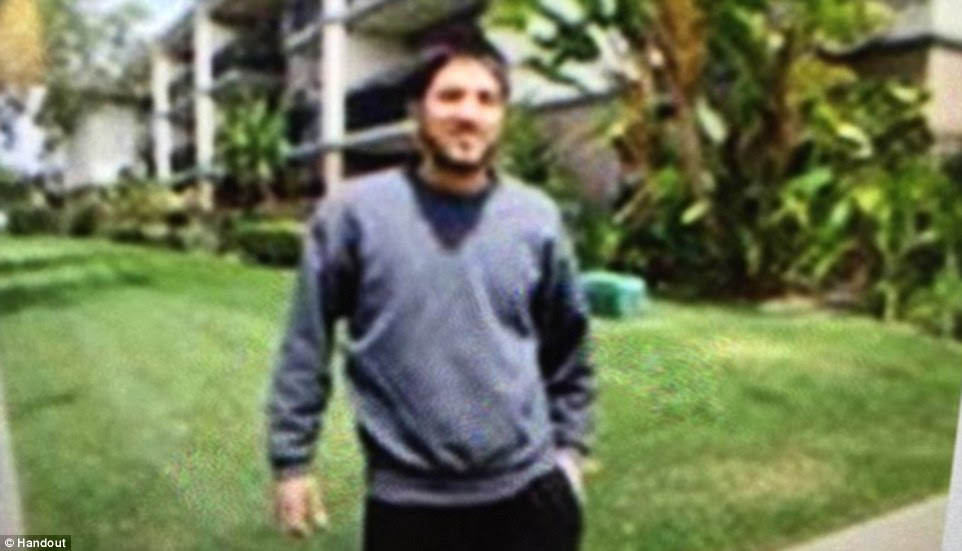 A Muslim U.S. citizen and his wife burst into his office holiday party with assault rifles and tactical clothing, massacred 14 and injured 17 before they were both shot dead in a dramatic police shootout in suburban San Bernardino. Syed Rizwan Farook, 28, who is U.S.-born, was at the party for local health officials but reportedly left angry before returning heavily armed with his wife Tashfeen Malik, 27, and opening fire at the Inland Regional Center in San Bernardino on Wednesday morning. Farook, an environmental specialist with the county health department, has been described as a 'devout' Muslim and is said to have traveled to Saudi Arabia earlier this year and returned with a wife. Co-worker Patrick Baccari says Farook was gone for about a month in the spring. When he returned, word got around Farook had been married, and the woman he described as a pharmacist joined him shortly afterward. A baby followed. Daily Mail Read More>>>>>>