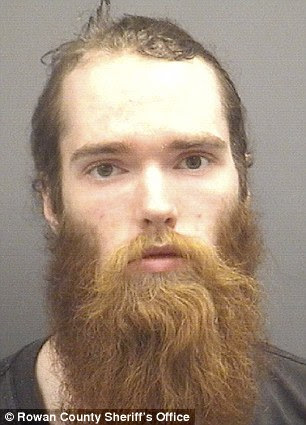 Man, 22, jailed after he 'stabbed puppy in neck and stomach with 8-inch hunting knife'

A 22-year-old North Carolina man has been arrested after he allegedly stabbed a puppy multiple times with an eight-inch hunting knife. Philip John Shoemaker allegedly held down the one-year-old puppy named Buddy with his knees and then thrust the knife into the dog's neck and stomach in front of a home in Salisbury. When a female neighbor begged Shoemaker to stop, he said Buddy had bit him and that the puppy's owner had told him to 'do away with the dog', according to authorities. Daily Mail Read More>>>>>