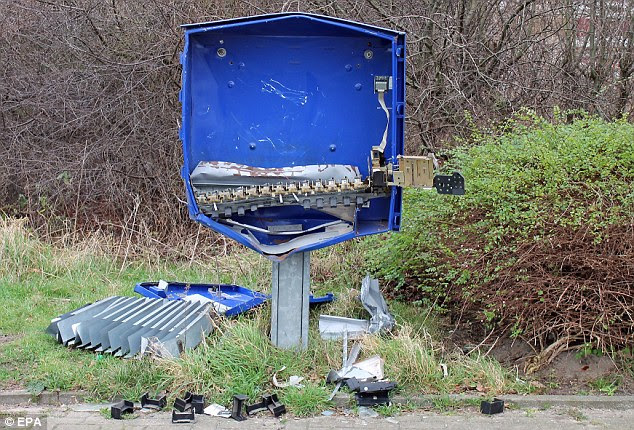 Daily Mail calls a Muslim refugee a 'German' because the MUSLIM is in Germany:

Maybe he should have worn some protection: German man kills himself trying to blow open and rob a CONDOM MACHINE on Christmas Day
A German man has died after blowing up a condom machine with a home-made explosion in a robbery-gone-wrong on Christmas Day. The 29-year-old had tried to destroy the machine with two accomplices, according to police, in an attempt to get to the cash inside. They attached their explosive to the machine in the nothern city of Munster before running for cover in their car nearby. Daily Mail Read More>>>>>