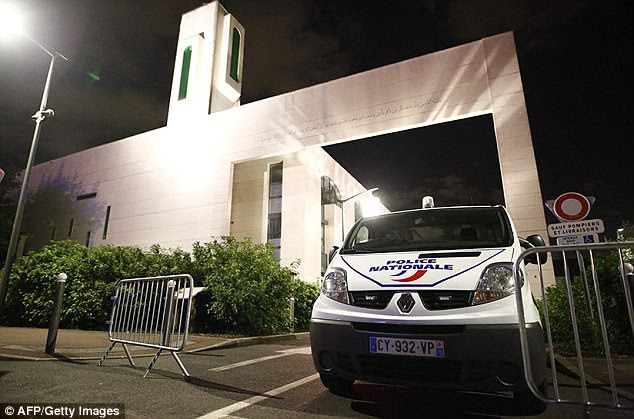 An anti-terrorism investigation has been launched in Paris after a man attempted to drive a car into a crowd outside a Paris mosque, before being blocked by heroic drivers. Reports in Paris say other motorists lined up their cars to protect pedestrians after the 4x4 ploughed into a barrier and attempted to mount the kerb. The attempted attack happened in the southern suburb of Creteil at around 6.20pm, and the 43-year-old suspect was arrested at his home 10 minutes later. French newpaper Le Parisien reports that the man, who was of Armenian origin, told police he was trying to 'avenge (terror attacks at) the Bataclan and the Champs-Elysees'. Police have said his motives are not yet known. Daily Mail Read More>>>>>>