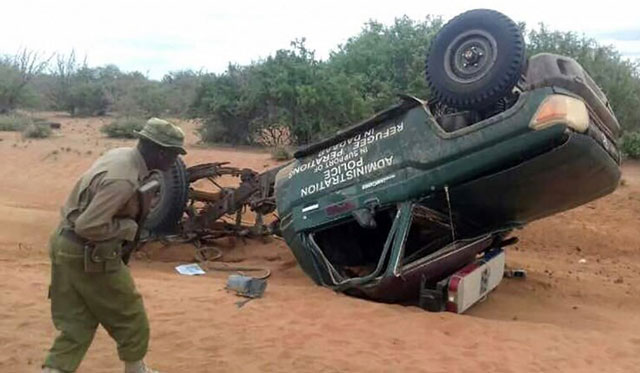 6 JUNE 4 Garissa, Kenya: Aid Workers Killed in Kenya When Vehicle Runs Over Mine

NAIROBI —  A Kenyan government official says four Kenyan aid workers have died after their vehicle hit a mine near the Dadaab refugee camp in the eastern county of Garissa.  Mohamud Saleh, the northeastern regional coordinator, said Tuesday the vehicle belonged to African Development Solutions. He says the mine is thought to have been planted by al-Shabab extremists based in neighboring Somalia.  At least 34 people have died, including 20 police officers, in similar explosions in Kenya in the past three weeks.  Analysts call it a change in strategy by al-Shabab, which has been carrying out attacks inside Kenya since 2011. The extremist group has called the attacks revenge for Kenya sending troops to Somalia to fight the militants. Source