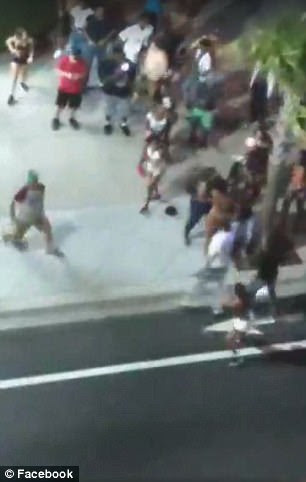 Seven people have been injured following a horrifying overnight shootout in South Carolina that was caught on Facebook Live. Myrtle Beach Police say the incident occurred Sunday around 12:30am near Ocean Boulevard, by the coast. Authorities say that a fight broke out among a crowd of people after which the suspect pulled out a gun and began firing. Some people were hit, and taken to the hospital with non-life threatening injuries. The video, so far, has more than 2.6million views and has been shared more than 70,000 times. 7 people injured in Myrtle Beach shooting caught on Facebook Live Daily Mail>>>>>>>