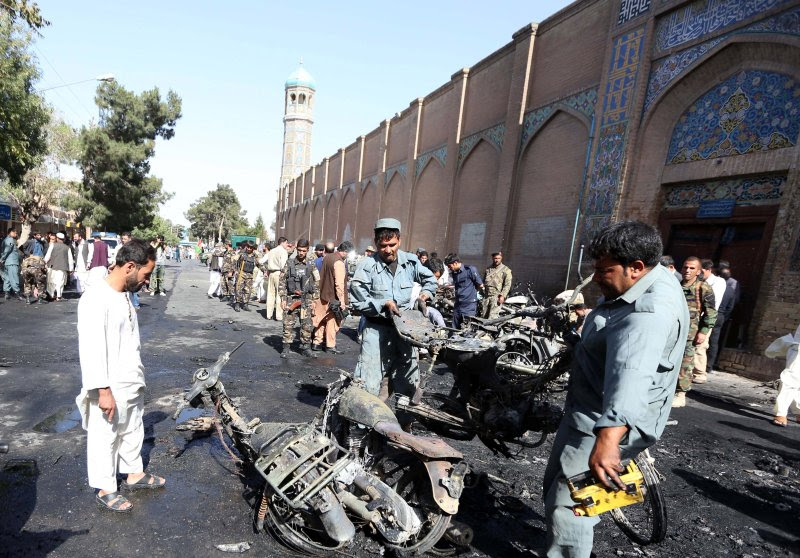 June 6 (UPI) -- Afghanistan's Ministry of Interior Affairs on Tuesday said a terrorist attack targeting the Great Mosque of Herat killed at least seven people and injured 16 others. In a statement, the ministry said the bombing in the city of Herat, which is in the Herat province, was caused by an explosive "embedded on a motorbike.""Ministry of Interior Affairs in Herat province in the strongest terms condemns today's brutal terrorist incident," the statement reads. No group has yet taken responsibility for the attack and the death toll could increase, Herat police spokesman Abdul Ahid Wali Zada told Al Jazeera. He said at least 10 people were killed in the explosion. The police spokesman confirmed the bomb was planted in a motorbike that detonated Tuesday near the 12th century mosque, also called the Jama Masjid of Herat. Source