Now that Media blackout has been lifted, we find out that the MUSLIM gunman murdered 36.

It was not a robbery!

ISIS is now in Manila:


(CNSNews.com) – Philippines police on Friday reiterated that the actions of a lone gunman in a Manila casino resort constituted a robbery rather than a terrorist attack, as they also confirmed that three dozen people were found dead in the complex, apparently having suffocated due to smoke inhalation. A man opened fire in the Resorts World Manila complex, used gasoline to torch gaming tables and seized a large number of gambling chips before fleeing. He was later found dead in a hotel room in the complex, having apparently deliberately set himself alight. Earlier the U.S.-based SITE intelligence group reported that an ISIS operative in the country’s troubled southern Mindanao region claimed that “lone wolf soldiers of Khilafah” were responsible for an attack at Resorts World Manila. But Philippine National Police Chief Gen. Ronald dela Rosa told reporters outside the hotel that the terrorist group “can claim whatever they want, whatever propaganda they want to show to the world but as far as the police is concerned we cannot declare that this is a terror-related incident.” Source 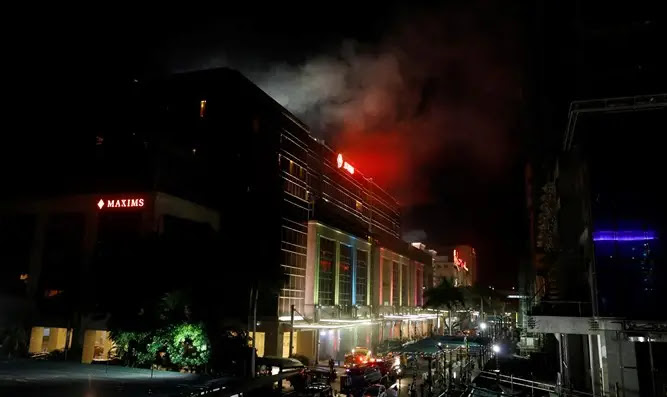