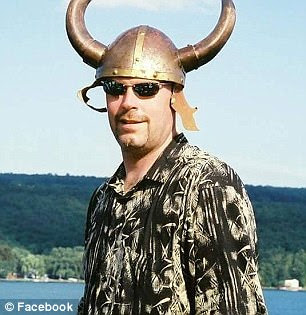 A gunman taken into custody in a daring dawn raid by police Tuesday is to be questioned over five murders in 48 hours - the killing of his Facebook friend and her daughters and two unrelated grandparents near his home. George Brinkman faced questioning after he was led away in handcuffs at dawn. Brinkman, 45, had threatened to shoot himself with a pistol after downing whisky during the stand-off before being Tasered and arrested. He was suspected of being involved in the murders of Suzanne Taylor, 45, and her daughters Taylor Pifer, 21, and eighteen-year-old Kylie. So far police have not said exactly how he knew her but they were Facebook friends and he liked many of her posts, commenting on one that she was a 'queen'. But hours after his arrest, police said they will also talk to him about the murders of Rogell E. John II, 71, - known as Gene - and his wife, Roberta John, 64, known as Bobbi, whose bodies were found at their home on Mount Pleasant St, NE, Lake Township, North Canton, on Monday. Daily Mail>>>>>>> 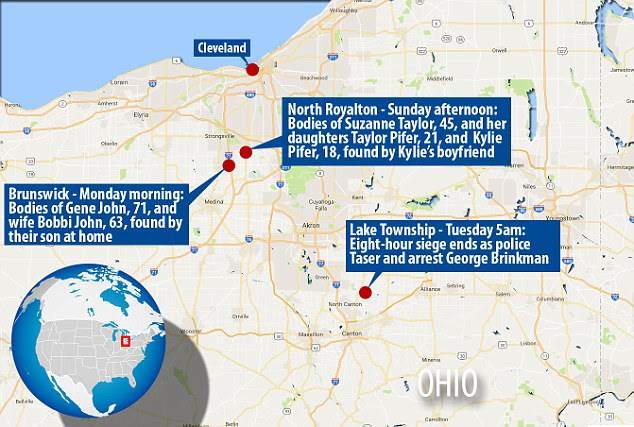