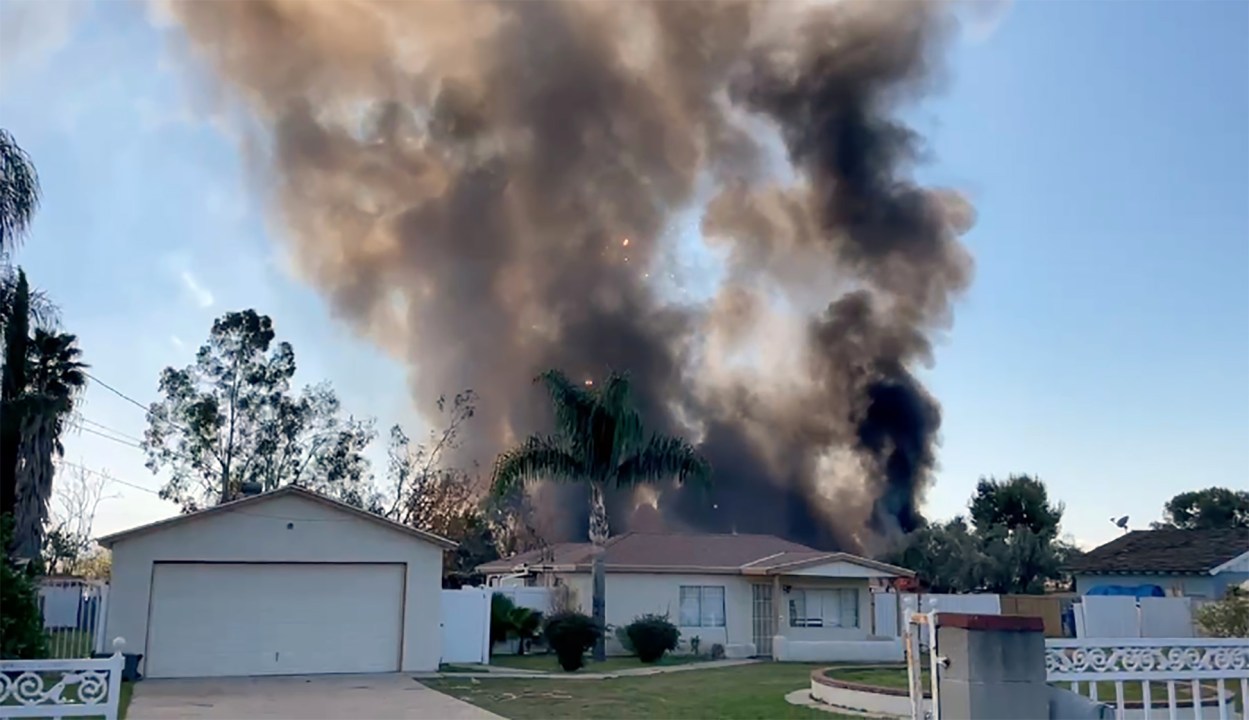 Huge explosion rocks Ontario neighborhood; unknown cause
A large explosion rattled neighborhoods in Ontario on Tuesday afternoon, sending up a fireball and smoke that could be seen for miles around. One home where the explosion appears to have occurred was destroyed, according to reports from the scene, while some nearby homes were damaged. There were no immediate reports of injuries or deaths. The cause of the blast wasn’t known. The Ontario Fire Department said the explosion occurred near the area of San Antonio Avenue and Maple Street. A woman who lives nearby said part of her roof collapsed, that her front door was blown off and her windows shattered by the force of a shockwave.Officials in cities as far away as Anaheim and Riverside reported getting calls from residents about the blast. City officials in Ontario said they were aware of the explosion, and that the police and fire departments were investigating. They urged residents to stay away from the area. Source

Breaking: A massive explosion has occurred in Ontario, California. The explosion was felt as far as a mile away. The cause of the explosion is unknown at this time. pic.twitter.com/STvhgcx1x0