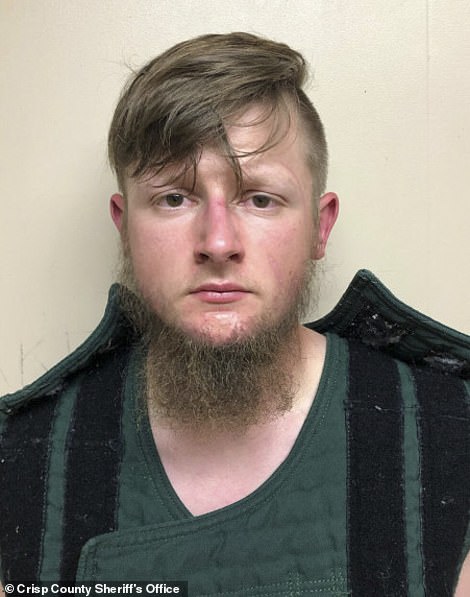 Does have a different look in the picture below  (Neckcurtain and Pompadour Hair).

Take your pick.
UPDATE 16 MARCH  Looks like White Nationalist. Attends Crabapple First Baptist Church. “Pizza, guns, drums, music, family, and God. This pretty much sums up my life. It’s a pretty good life,” Robert Aaron Long
UPDATE 17 MARCH Now the killer claims that he is a sex addict and he killed  the Spa workers to eliminate his temptation to fornicate! LOL! Typical evangelical protestant who claims that its impossible to keep God's Commandments
Why not just lop off your penis? and make yourself a eunuch for God?
Crazy Christian Nationalist....
Can't keep the Sixth and Ninth Commandments so he ignores the Commandment - Thou Shall Not Kill.
LOL!
Georgia gunman, 21, targeted three massage parlors because he blamed them for his sex addiction
On Wednesday, police said that contrary to initial reports, the attacks were not racially motivated but that Long had told them he was addicted to sex an wanted to remove the 'temptation' of the parlors. They say he saw the parlors as an 'outlet' for his sex addiction but they wouldn't clarify if he had ever engaged in sex acts with any of the staff there. He was planning on driving to Florida to attack more locations when he was caught and those Florida locations were somehow connected to pornography. 'He claims that it was not racially motivated. 'He has an issue that he considers a sex addiction and sees these locations as something that allows him to go to these places... it's a temptation for him that he wanted to eliminate. Source
ORIGINAL POST 16 MARCH

ATLANTA (AP) — Shootings at two massage parlors in Atlanta and one in the suburbs left eight people dead, many of them women of Asian descent, authorities said Tuesday. A 21-year-old man was taken into custody in southwest Georgia hours later after a manhunt. Atlanta Police Chief Rodney Bryant said three people were killed at a spa in northeast Atlanta, while a fourth person was killed at another spa across the street. He said all four victims were female, and “It appears that they may be Asian.” Atlanta police officers responding to a call of a robbery in progress at one spa around 5:50 p.m. found three women dead from apparent gunshot wounds, police said. While they were at that scene, they learned of a call reporting shots fired at another spa across the street and found a woman who appeared to have been shot dead inside the business.Earlier, around 5 p.m., five people were shot at Young’s Asian Massage Parlor in Acworth, about 30 miles (50 kilometers) north of Atlanta, Cherokee County Sheriff’s Office spokesman Capt. Jay Baker said. Two of the victims were dead and three were transported to a hospital where two of them also died, Baker said. Authorities were not immediately releasing the gender or race of the victims, Baker said. A man suspected in the Acworth shooting was captured by surveillance video pulling up to the business around 4:50 p.m. Tuesday, minutes before the shooting, authorities said. Baker said the suspect, Robert Aaron Long, of Woodstock, was taken into custody in Crisp County, about 150 miles (240 kilometers) south of Atlanta. Source 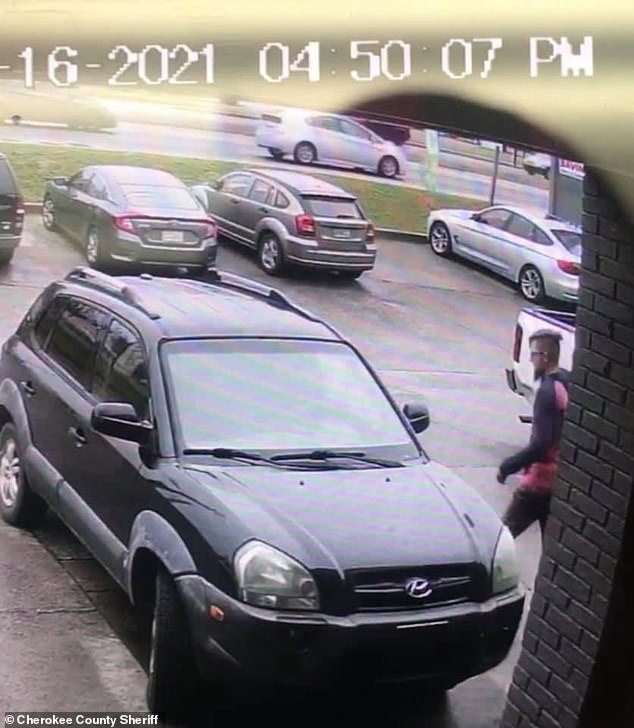