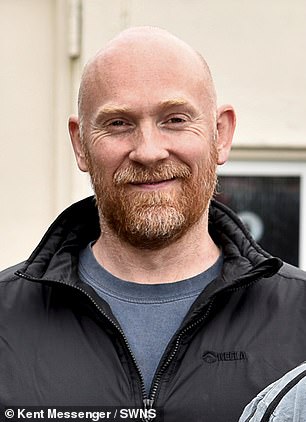 Rotherham - The issue of child abuse in the town first came to light in 2010 when five Asian men were jailed for sexual offences against under-age girls. A 2014 inquiry found there were more than 1,400 victims of grooming and sex exploitation in Rotherham between 1997 and 2013.
Rochdale - The trial of nine men for grooming young white girls for sex attracted widespread public outrage and sparked a national debate when they were convicted in 2012. The gang received jail sentences of between four and 19 years for offences committed against five girls - aged between 13 and 15 - in and around Rochdale between 2008 and 2010. The case returned to the public consciousness earlier this year when the BBC broadcast its Three Girls drama based on the experiences of some of the victims.
Newcastle - A total of 17 men and one woman were convicted of, or admitted, charges including rape, supplying drugs and inciting prostitution, in Newcastle last year. Older men preyed on immature teenagers who were plied with cocaine, cannabis, alcohol or mephedrone (M-Cat), then raped or persuaded into having sexual activity at parties known as 'sessions'. The case raised huge controversy after a convicted rapist was paid almost £10,000 of taxpayers' money to spy on parties where under-age girls were intoxicated and sexually abused. Northumbria Police launched a major investigation after receiving information from social workers and initially spoke to 108 potential victims. Over the course of four trials, 20 young women gave evidence covering a period from 2011 to 2014.
Oxford - A group of men who abused teenage girls in a vehicle they called the 's**gwagon' were jailed for a total of nearly 90 years in June this year. The men - aged 36 to 48 - befriended vulnerable girls as young as 13 before plying them drink and drugs at 'parties' in Oxford. The eight men - branded 'predatory and cynical' by a judge - were jailed for between seven and a half and fifteen years each.
Bristol - Some 13 Somali men were jailed for more than a total of more than 100 years after they were convicted in 2014 of running an inner city sex ring. Victims as young as 13 were preyed upon, sexually abused and trafficked across Bristol to be passed around the men's friends for money.
Aylesbury - Six men were jailed in 2015 for grooming vulnerable under-age white girls between 2006 and 2012. The Old Bailey heard victims would be plied with alcohol and forced to perform sex acts for as little as 'the price of a McDonalds'.
Peterborough - A total of 10 men were convicted of child sex crimes in the town, including 'predatory' restaurant boss Mohammed Khubaib. He was jailed for 13 years at the Old Bailey in 2015, after he was found guilty of forcing a 14-year-old girl to perform a sex act on him and nine counts of trafficking for sexual exploitation, involving girls aged from 12 to 15, between 2010 and 2013.
Telford - Earlier this year, Telford became the latest town to become the focus of the now sadly familiar stories of abuse. An investigation concluded that around 1,000 children could have been sexually exploited in the Shropshire town over a 40-year period, leading to calls for a public inquiry. Source
The disappearance of Sarah Everard: the week-long investigation so far
March 3: Sarah vanished 'into thin air' after leaving friend's home Clapham around 9pm. She leaves out of her friend's back gate and speaks to her boyfriend on the phone for 15 minutes. Around three miles away Wayne Couzens finishes a 6-hour shift guarding the US Embassy in Battersea.
March 5: Sarah's family share missing posters of her after they become increasingly concerned that she is still not home, spreading the word online with links to the Missing People charity.
March 6: Met Police release an appeal, saying Sarah was thought to have walked through Clapham Common, heading towards Brixton home, a journey of 50 minutes. They say they are not certain she ever arrived home.
March 7: Police release footage of Ms Everard and say she was walking alone on A205 Poynders Road towards Tulse Hill when she was last seen on CCTV, which has not been released to the police.
March 8: Specialist officers are drafted and 120 calls from public come in. A door-to-door operation sees police speak to 750 families
March 9: Police search gardens near Ms Everard's route and nearby Oaklands Estate. Officers also search a pond in Clapham Common and drains along the A205 Cordon around the Poynders Court housing complex on Poynders Road, forensics officers on scene 11.59pm: Met police officer Wayne Couzens arrested in Kent on suspicion of kidnap. A 39-year-old woman at the same address is arrested on suspicion of assisting an offender. Neighbours say they spotted a Land Rover containing two men watching the property for two hours before around 20 officers raided the house. A shirtless Couzens was led from the house in handcuffs with one witness saying: 'He looked very calm - just walked out'.
March 10: Specialist police search team arrives in Kent. They search Couzens' home and garden as well as nearby Betteshanger Park which is around two-and-a-half- miles from the house as well as an abandoned leisure complex in Great Chart near Ashford. 3pm: Met Police confirm the arrested man is an officer in the Parliamentary and Diplomatic Protection Command. They disclose he has now been re-arrested on suspicion of the murder of Sarah Everard and the indecent exposure of a second woman. They refuse to say when or where the alleged indecent exposure took place. 8pm: Dame Cressida Dick confirms human remains were found in woodland in Ashford, Kent in the search for Sarah. She was unable to confirm whether the remains belonged to the missing woman.
March 11: 10am: Prime Minister Boris Johnson said he was 'shocked and deeply saddened by the developments in the Sarah Everard investigation', adding 'we must work fast to find all the answers to this horrifying crime'. Home Secretary Priti Patel added: 'Every woman should feel safe to walk on our streets without fear of harassment or violence. At this deeply sad and tragic time as we think and pray for Sarah and her family'.
at March 11, 2021