This Is What You Get When You Have Women Running The Metropolitan Police & Home Office! Cressida Dick & Priti Patel Should Resign..... 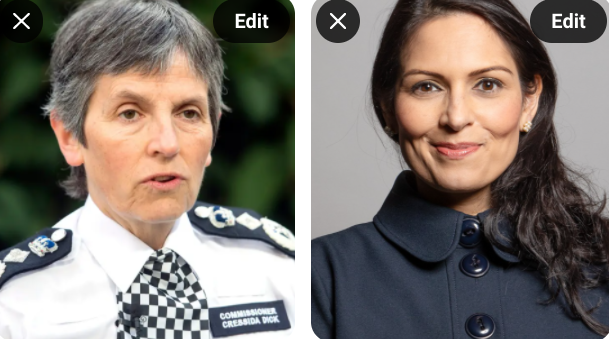 Again, the evil practices of the last and worst form of democracy are all found in tyrannies. Such are the power given to women in their families in the hope that they will inform against their husbands, and the license which is allowed to slaves in order that they may betray their masters; for slaves and women do not conspire against tyrants; and they are of course friendly to tyrannies and also to democracies, since under them they have a good time. For the people too would fain be a monarch, and therefore by them, as well as by the tyrant, the flatterer is held in honor; in democracies he is the demagogue; and the tyrant also has those who associate with him in a humble spirit, which is a work of flattery. Aristotle Politics Bk 4 part xi
Another example showing that Aristotle was right.....
Met police commissioner Dame Cressida Dick insists she WON'T resign as thousands descend on Parliament in protest at Sarah Everard vigil arrests while Priti Patel and Sadiq Khan demand answers
Met Police's commissioner Dame Cressida Dick has insisted she will not resign as thousands of women descend on Parliament in protest over arrests made at yesterday's vigil for Sarah Everard. Sadiq Khan says he is 'not satisfied' with the explanation given by the Metropolitan Police leadership over the handling of Saturday night's Clapham Common vigil, while Priti Patel said she was seeking a 'full report,' on events, describing footage from last night as 'upsetting'. After gathering outside the police headquarters today, demonstrators moved to Parliament Square where they staged a lie-down protest and chanted against the police, the government and Cressida Dick. This afternoon Cressida Dick defended her own position, saying: 'We're still in a pandemic, unlawful gatherings are unlawful gatherings, officers have to take action if people are putting themselves massively at risk,' Dick told reporters. Asked if she was considering resigning, she said: 'No, I'm not.' Ms Patel has now asked Sir Thomas Winsor, Chief Inspector of Constabulary, to conduct a 'lessons learned' review into the policing of the vigil for Sarah Everard on Clapham Common on Saturday, a Government source says.  Source 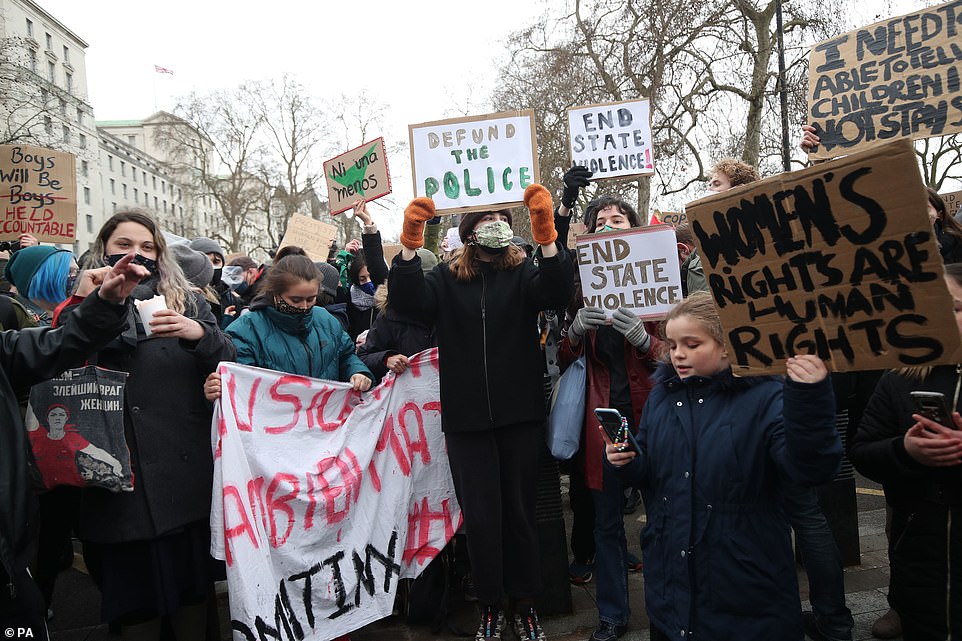