Murder Weapon Muslim Used To Behead French School Teacher Samuel Paty
Father of the Teacher claims that the School is throwing his son under a bus?  Probably because they are afraid of the Muslims burning down the school and murdering the school children.
Will up date post when the Muslims take their revenge on the School Teacher and/or School and I assure the Muslims won't be throwing the teacher under a bus!
......has gone into hiding with his partner????
What does that mean? Partner?
If the Teacher is gay I bet the Muslims are ready to throw him off a building just like the Muslims did to gays in Iraq....
Funny how most Muslims are Sodomites and yet we are told that the Koran forbids such things.....
'My son fears he will be murdered': Father of blasphemy row RE teacher tells us his son can never return to his old life after death threats over Prophet Muhammad lesson - and says school has thrown him under a bus
The father of the RE teacher at the centre of a blasphemy row after allegedly showing students a cartoon of the Prophet Muhammad fears says his son fears he will be murdered and will never be able to return to his old life. The teacher, in his 20s, who is not being named, has gone into hiding with his partner after receiving death threats. Speaking exclusively to MailOnline, his father said: 'My son keeps breaking down crying and says that it's all over for him. 'He is worried that he and his family are all going to be killed. 'He knows that he's not going to be able to return to work or live in Batley. It's just going to be too dangerous for him and his family. 'Look what happened to the teacher in France who was killed for doing the same thing. Eventually they will get my son and he knows this. His whole world has been turned upside down. He's devastated and crushed. 'When he starts speaking, he just breaks down and cries. He's become an emotional wreck. 'He feels that everything is broken and to be honest, it's hard to console him at the moment because that is the truth.' Source 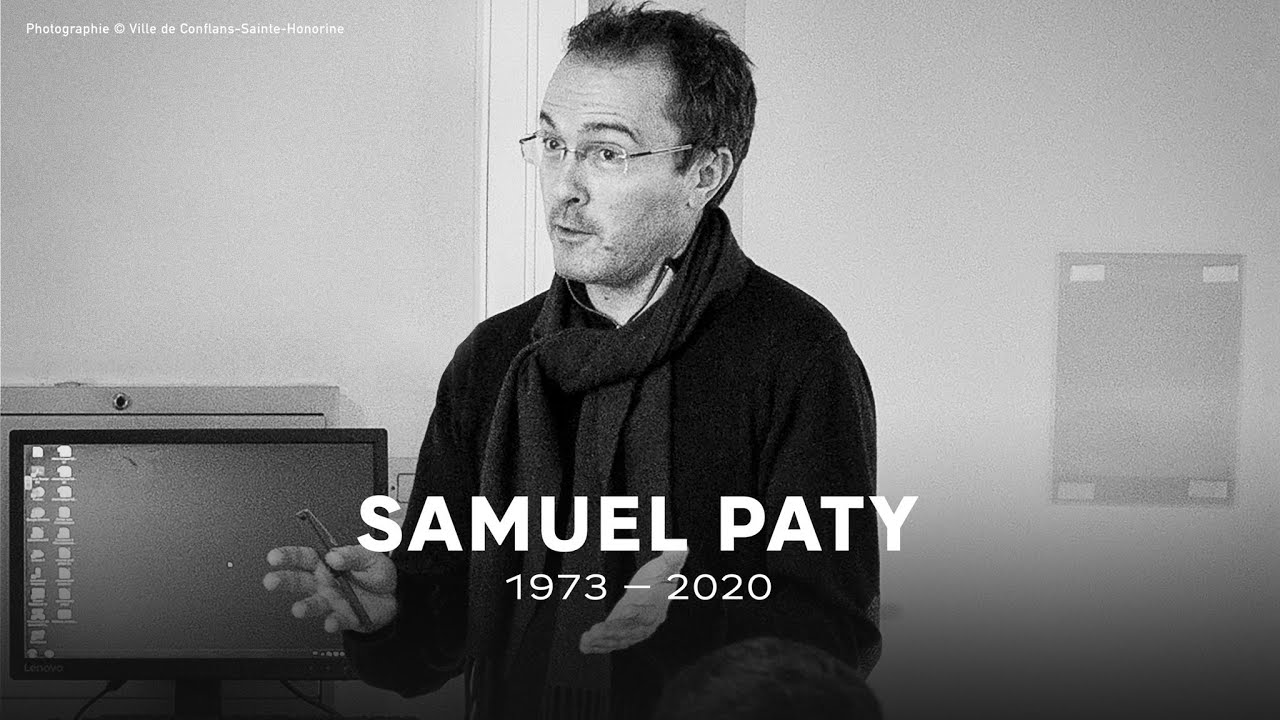 The family of the Batley Grammar School teacher at the centre of the Prophet Muhammad picture row fear that he may meet the same fate as French man Samuel Paty, who was beheaded close to a school where he taught outside Paris. Mr Paty, 47, a history and geography teacher was targeted for showing cartoons of the Prophet Muhammad to his students and was killed in October 2020 outside the gates of the school in Conflans-Sainte-Honorine, north of the French capital. His killing stunned France and led to an outpouring of support at memorial ceremonies and marches around the country with President Emmanuel Macron hailing him as 'a quiet hero' and 'the face of the Republic.' He also posthumously granted the teacher France's highest civilian award, the Légion d'Honneur. Mr Paty's killer, Abdullakh Anzorov, 18 was shot dead by police shortly after the attack. But seven people, including two students and a parent of one of Mr Paty's pupils, were detained in the days following the killing. Prosecutors later revealed that said six of the suspects had been charged with complicity in a terrorist murder and placed under judicial investigation, which is continuing. As he had done in similar lessons on free speech in previous years, Mr Paty warned students that he was about to show a depiction of the Prophet Muhammad. He said anyone who thought they might be offended could close their eyes. Two teenage students, who cannot be named for legal reasons, were allegedly paid around €300 (£270; $355) by the killer to identify Mr Paty outside the school. The killer told the students he wanted to 'hit' and 'humiliate' Mr Paty and 'make him apologise for the cartoon of the Prophet [Muhammad].' Prosecutors have also established that an online hate campaign was orchestrated against Mr Paty by a parent of one of his pupils, one of those arrested. He was also found to have exchanged WhatsApp messages with Anzorov in the days leading up to the attack. Mr Paty's funeral was attended by some 400 guests, including senior political figures while thousands attended rallies in his honour around the country. Last December, Anzorov was buried in his native Chechnya with around 200 mourners attending the service and hailing him as a 'lion of Islam.' Source
SEE NOW HOW MAIMED MOHAMMED IS!
at March 29, 2021