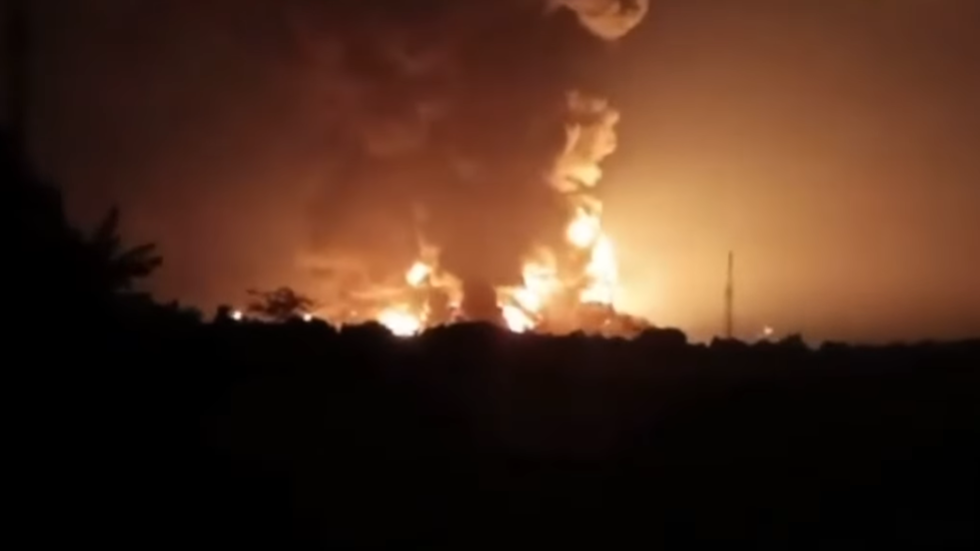 Massive blaze engulfs Indonesian oil refinery amid reports of explosion
An oil refinery, located in West Java province of Indonesia, has caught up fire amid reports a loud bang was heard before the facility went up in flames. The refinery is located some 200 km (124 mi) east of the capital Jakarta. The fire at the Balongan oil refinery, operated by Pertamina, Indonesia state-owned oil and natural gas company, erupted on Monday morning local time. Videos purportedly filmed not far from the scene of the incident show columns of fire turning the predawn skies yellow. Huge pillars of smoke can be seen billowing from the site.One video shows visibly distressed locals scream and flee for safety as a distinctive loud sound, similar to that of an explosion, can be heard in the background. Local media reported, citing witnesses, that the blaze could be seen from a distance as far as 5 km (3,1 mi) away from the facility.  Source

JUST IN - Massive explosion at the Balongan oil refinery in Indonesiapic.twitter.com/zJ9zj61S7p

This must be one of the biggest explosions associated with oil refineries. This is huge. Microphones have a hard time keeping up with the blast noise. #Indonesia pic.twitter.com/vEuHfgxVHW