I Pray For The Destruction Of The Space Industry During The Holy Sacrifice Of The Mass: SpaceX's Starship Prototype Rocket SN11 EXPLODES! 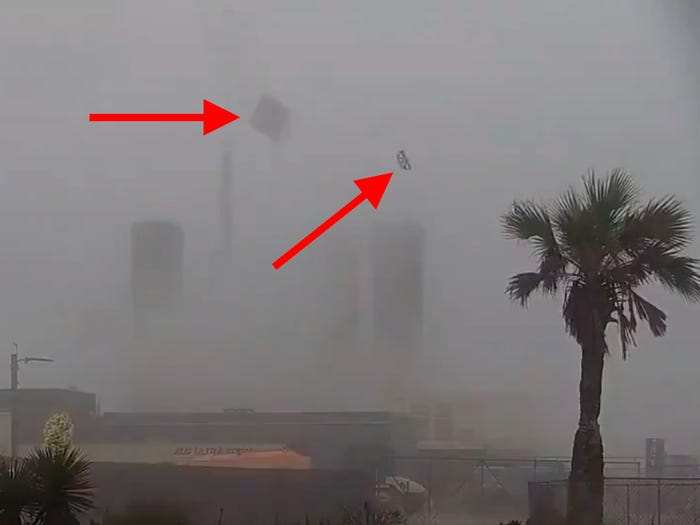 The darksome atmosphere is as a prison to the demons until the judgment day. They carry fire of hell with them wherever they go. The devils besought the Lord not to cast them into the abyss; for they asked for this, deeming it to be a punishment for them to be cast out of a place where they could injure men. Hence it is stated,They besought Him that He would not expel them out of the country. St Thomas Aquinas

In the year 1864, Lucifer together with a large number of demons will be unloosed from hell Our Lady of La Salette 19 Sept. 1846 (Published by Mélanie 1879)

The demons of the air together with the Antichrist will perform great wonders on earth and in the atmosphere, and men will become more and more perverted. Our Lady of La Salette 19 Sept. 1846 (Published by Mélanie 1879)

For the time has come when the most astonishing wonders will take place on the earth and in the air. Our Lady of La Salette 19 Sept. 1846 (Published by Mélanie 1879)

Our wrestling is not against flesh and blood; but against Principalities and Powers, against the rulers of the world of this darkness, against the spirits of wickedness in the high places. Ephesians 6:12
Arise, O Lord, let not man prevail....

The latest SpaceX prototype of its Starship rocket was destroyed during a landing attempt after a clean launch on Tuesday. The company’s livestream of the flight test froze as the rocket came in to land, and thick fog around SpaceX’s facility in Texas made it difficult for witnesses to see what happened. Starship prototype Serial Number 11, or SN11, reached its target altitude of about 10 kilometers, or about 32,800 feet. The rocket is built of stainless steel, representing the early versions of the rocket unveiled in 2019. Elon Musk’s company is developing Starship with the goal of launching cargo and people on missions to the moon and Mars. The Starship prototypes stand at about 150 feet tall, or about the size of a 15-story building, and each one is powered by three Raptor rocket engines. Source

GRADUAL Ps. 9:10-11, 19-20. You are a helper to those in need, in time of distress. Let those who know You trust in You, O Lord, for You do not forsake those who seek You. For the needy shall not always be forgotten, nor shall the patience of the poor forever perish. Arise, O Lord, let not man prevail.

Arise, O Lord, let not the men in the space industry prevail.....

Read St Thomas on the Habitat of Demons....

1. Question 64. The punishment of the demons