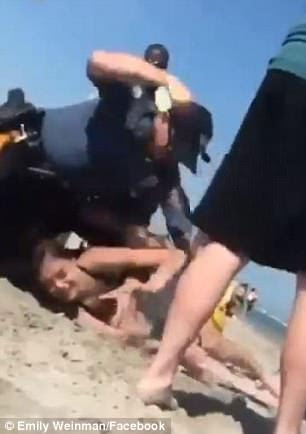 This shocking video shows the moment a New Jersey officer repeatedly punched a bikini-clad girl in the head during an arrest on Memorial Day weekend. In the 50-second video, two officers are seen trying to restrain Emily Weinman, of Philadelphia, who said in a Facebook post that she did nothing wrong. 'Stop resisting!' one of the officers yell before the other is seen hitting her twice in the head before body slamming her on her back. 'I'm not resisting. I didn't do anything wrong,' Weinman is heard saying as she kicks her legs at the officers. 'You're not allowed to hit me like that,' Weinman repeatedly tells the officers who continue to hold her down and proceed to handcuff the young woman. Beachgoers are seen standing around recording the incident on their phones, as a baby is heard crying in the background. That baby is believed to be Weinman's 18-month-old daughter who was being held by her father when her mother was arrested. Weinman, who went to the beach with her family and a friend, posted the incident on Facebook with a lengthy description of what she says happened. Source 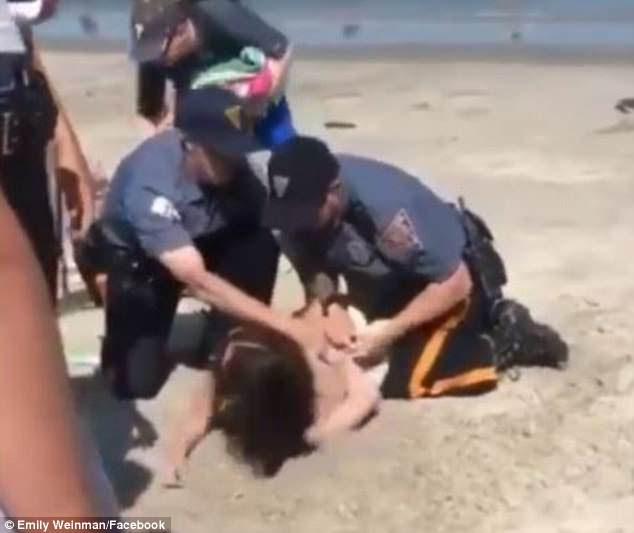