A family of six, including a nine-year-old girl, were behind a wave of blasts targeting three churches in Indonesia's second city of Surabaya, police say. At least 13 people died in Sunday's bombings, which the Islamic State group has claimed. The mother and two daughters blew themselves up at one church, while the father and two sons targeted two others. The family had recently spent time in Syria, according to the police. The bombings are the deadliest in Indonesia since 2005, and they have also left dozens of people injured.Police chief Tito Karnavian said the family belonged to an Indonesian IS-inspired network, Jemaah Ansharut Daulah (JAD).

What do we know about Sunday's attack?

The father drove a bomb-laden car into the grounds of Surabaya Centre Pentecostal Church, police said. The mother and her two daughters - aged 9 and 12 - had bombs strapped to them and blew themselves up at Diponegoro Indonesian Christian Church. The family's sons - aged 16 and 18 - rode motorcycles into Santa Maria Catholic Church, and detonated explosives they were carrying. It was their attack that came first, at around 07:30 local time (00:30 GMT). The other two attacks followed five minutes apart, police said, according to the Jakarta Post. Officials reportedly foiled attacks against other churches. Source

The father, Dita Priyanto is an Indonesia ISIS cell leader of the Jemaah Ansharut Daulah (JAD). 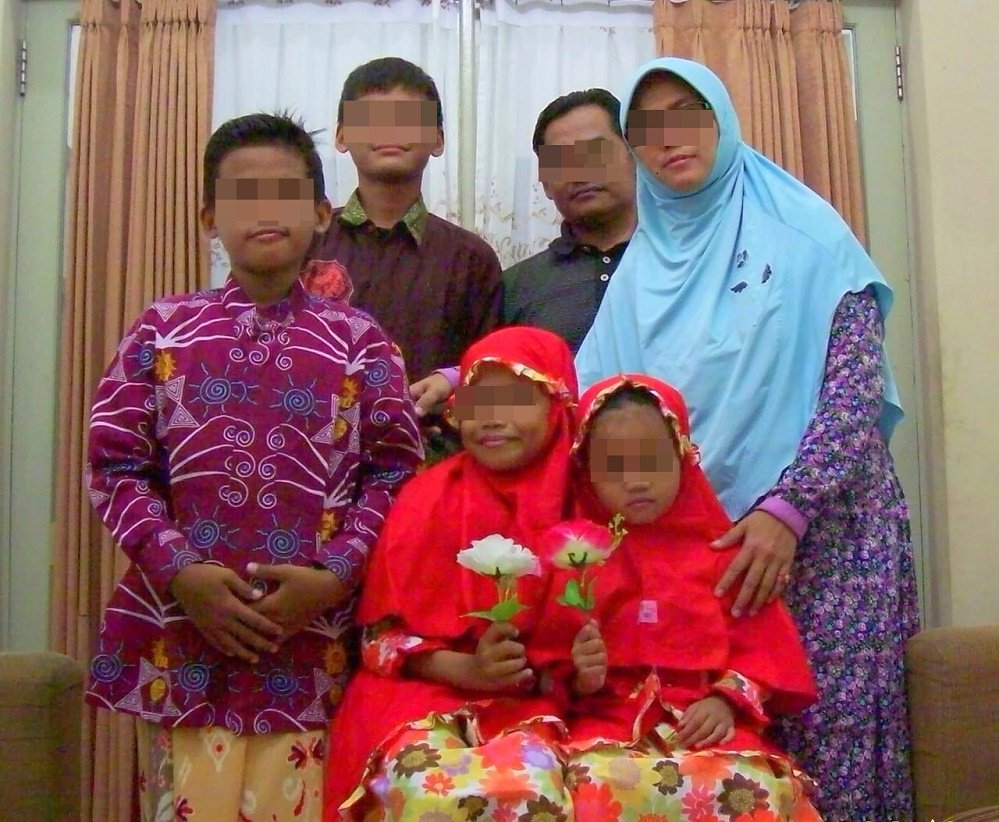