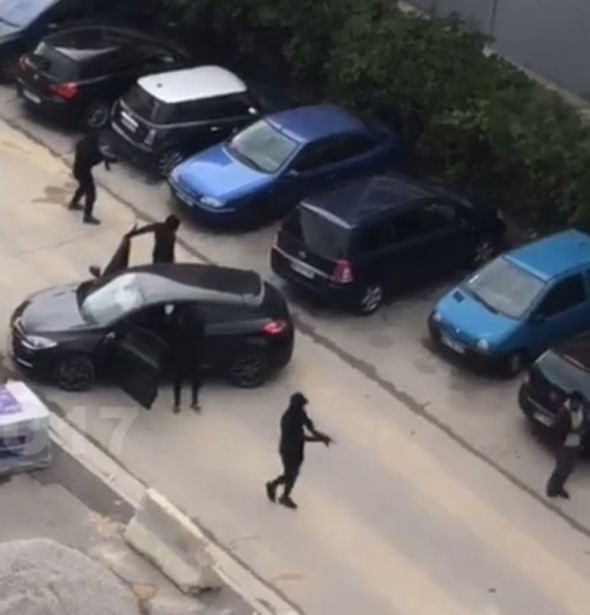 HOODED gunmen have opened fire with automatic rifles, kalachnikovs, in Marseille, in south France – with one person reportedly injured. The men opened fire on a group of young people not far from the cultural space known as ‘La Busserine’, local media Corse-Matin reports. Three vehicles with the masked individuals arrived in the city’s district of Busserine at 5pm local time, France’s ACTU17 said. Police exchanged fire with the shooters and officers have set up a cordon. At this time it is unclear if any arrests have been made, but police are investigating. Marseille’s Marines-Pompiers, the city’s fire and rescue service, is also at the scene. This is the second shooting in the city in a matter of weeks….Source