Ramadan DOOM! Muslims Break Windows Of Hindu Temple In Schilderswijk In The Hague 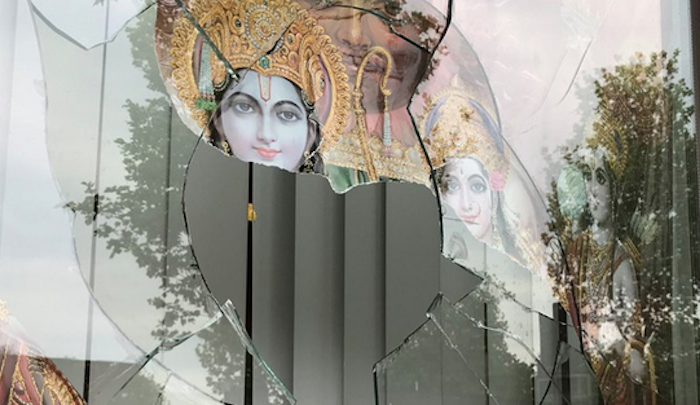 The windows of a Hindu temple in the Schilderswijk in The Hague were broken overnight on Tuesday. According to the chairman of the Hindu prayer house, the prayer room is a conscious target. President Siddarth Ramdhani describes the situation in the temple as a great havoc. In the building, stones have been found, with which the windows were smashed. They were presumably thrown from a playground opposite the prayer house. “They must have done their best, because both windows have double glazing,” Ramdhani told Omroep West. “There are a lot of glass fragments in the room. Fortunately, the perpetrators did not come inside.” ‘Conscious attack’ on the Hindu temple The president suspects that this was a conscious attack on the Hindu temple, which has often been the target of vandalism during Ramadan. “Not only during Ramadan, but also during our own religious festivities, we are harassed by young people.” Ramdhani hopes that the publicity will cause the vandals to stay away. Source