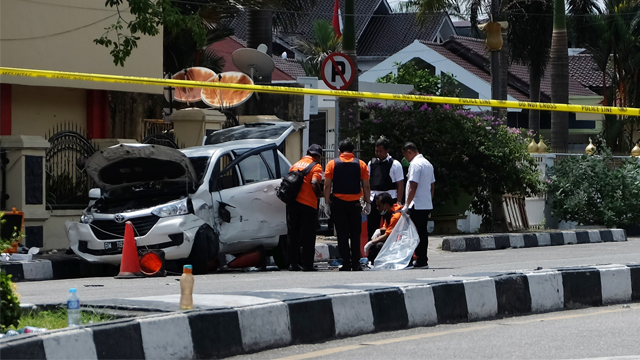 (CNN) Four attackers armed with samurai swords targeted a police station in western Indonesia on Wednesday morning, killing at least one officer, police said. The individuals crashed a vehicle into the entrance of the Riau province police headquarters in Pekanbaru, on the island of Sumatra, and began attacking officers, national police spokesman Setyo Wasisto said. Police shot and killed the four suspected terrorists, he added. The attackers were members of a terror group called the Indonesian Islamic State, which is affiliated with ISIS, Wasisto said. The driver of the van then attempted to the flee the scene, hitting and killing one police officer, he added. Two police officers and one local journalist were also injured in the attack…. Source