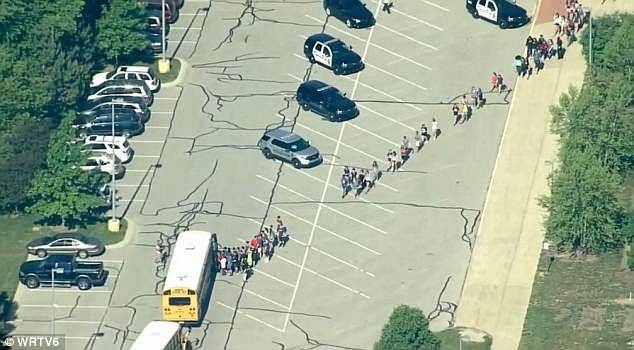 BREAKING NEWS: Two critically injured - including a teenage girl - after suspect opens fire at Indiana middle school before being taken into custody

A teenage girl and an adult have been shot at an Indiana middle school by a suspect who is now in custody. The shooting unfolded at Noblesville West Middle School on Friday morning. No details about the shooter have emerged but they are in police custody. The two victims are in critical condition and are being treated at a local hospital. Indiana State Police spokesman Sgt. John Perrine said: 'There are two victims en route to Methodist from the Noblesville West Middle School Active Shooter.   'Those families have been notified Suspect in custody.   Source