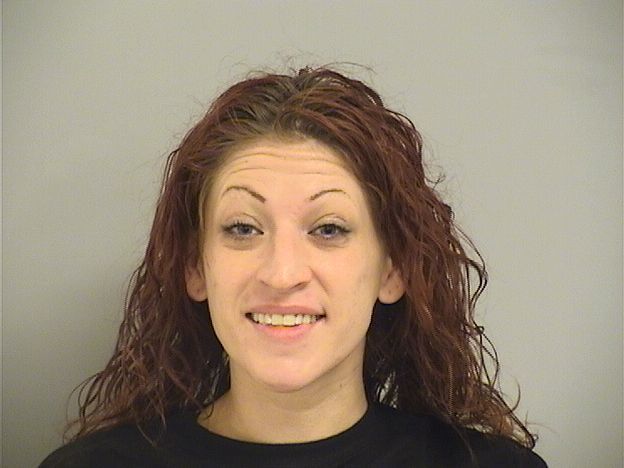 A police patrol vehicle struck a woman as she allegedly abandoned a stolen vehicle in east Tulsa and attempted to flee on foot. The pursuit started around 3 p.m. in the 2800 block of South Memorial Drive after a patrol officer confirmed the suspect vehicle was reported stolen, Tulsa Police Capt. Thaddeus Espy said. Officers pursued the vehicle around east Tulsa before the driver of the reported stolen vehicle, a Chevrolet truck, abandoned it. Espy said Saturday at the scene that he did not have information in reference to a patrol vehicle colliding with the fleeing subject. Tulsa Police Cpl. Joel Ward later states in a media release that a patrol vehicle struck the woman, identified as , 31, as she allegedly abandoned the truck. The vehicle pursuit ended in the 8900 block of East 21st Street. Espy said officers took Shelton, who was not initially identified, into custody after a brief foot pursuit. Ward states in the release that Shelton allegedly attempted to flee across East 21st Street. Source